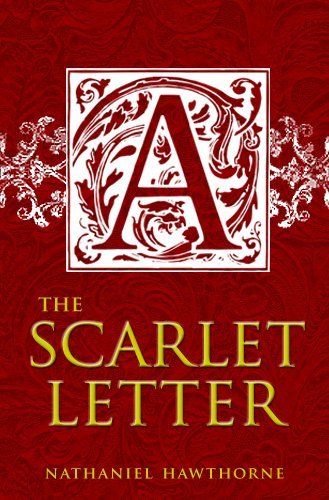 The Scarlet Letter by Nathaniel Hawthorne was originally published in 1850, and has been a staple of ELA curriculum for decades.

With all literary classics, the older they are, the harder it is to find ways to make them relevant to today’s students.  Often teachers will look to modern young adult novels to help raise student engagements.

However, The Scarlet Letter stands the test of time thanks to its use of symbolism, themes, and historical context.

Here are three reasons to keep this classic in the classroom, enriching students’ literary experiences.

1  –  Hester Prynne’s public shaming has a direct connection to today’s media landscape.  Here is an opportunity to hold a mirror up to today’s society with the themes and events in this novel. Today, public opinion, whether about a company, a movie review, or a public figure, is openly debated and often misinformation is quickly spread.  Students can understand Hester’s struggles and take a critical eye to their own sources of modern information.

2 – Social Media can lead to so many rumors and so much judgement amongst students.  Kids today are connected and plugged in at all times, which means communication is constantly happening, and rumors are always spreading.  The opportunity to look at this novel through the modern lens of what would have happened to the characters if they too had social media and smartphones allows students and teachers to see how their lives aren’t so different than those depicted.  It’s a direct path to student engagement with a past, yet influential period of American history.

3 – It’s important to show students how the issues Hester faces in the this novel continue to be issues that still affect lives in greater modern society. Considered a text of the Romantic tradition, it’s clear Hawthorne was affected by the preceding American movement of Transcendentalism. This era is when the American novel began to grow in importance and The Scarlet Letter, with its depiction of the Puritan roots of American culture, is not just an ageless novel, but an important examination of the genetics of today’s America.

This novel is rich with themes and symbols that are staples of an ELA curriculum as well. There is too much important content and room for critical analysis to set this book aside simply because of its age. It’s a true classic for a reason.